There is no such things as a failure. Failure is only something we tell ourselves when things haven’t gone the way we expected. A lot of people think that if things don’t work then that must mean they failed and can be a leading cause of depression and low self-esteem. The good news is that life isn’t so black and white but it is in fact many shades of grey in between.

In this blog post, we discuss the idea of failure and how to begin to really look at your life ‘failure’ experiences differently.

Failure is something we tend to put on our shoulders so much in modern society, so much that in fact, it can cripple us moving forward. I, as the founder of Seek A Therapy, used to think he had failed in every aspect of my life.

I trained as an architect, had to resit my final year of architecture studies in 2007/08 because my partner at the time was having a difficult life experience so I wasn’t able to focus and on graduation, the largest financial recession in history happened, meaning, very few architecture positions particularly in the area of the country I was from. I used to see this as a failure but my perception over time has changed.

Rule 1 of failure: Helps you onto the right path 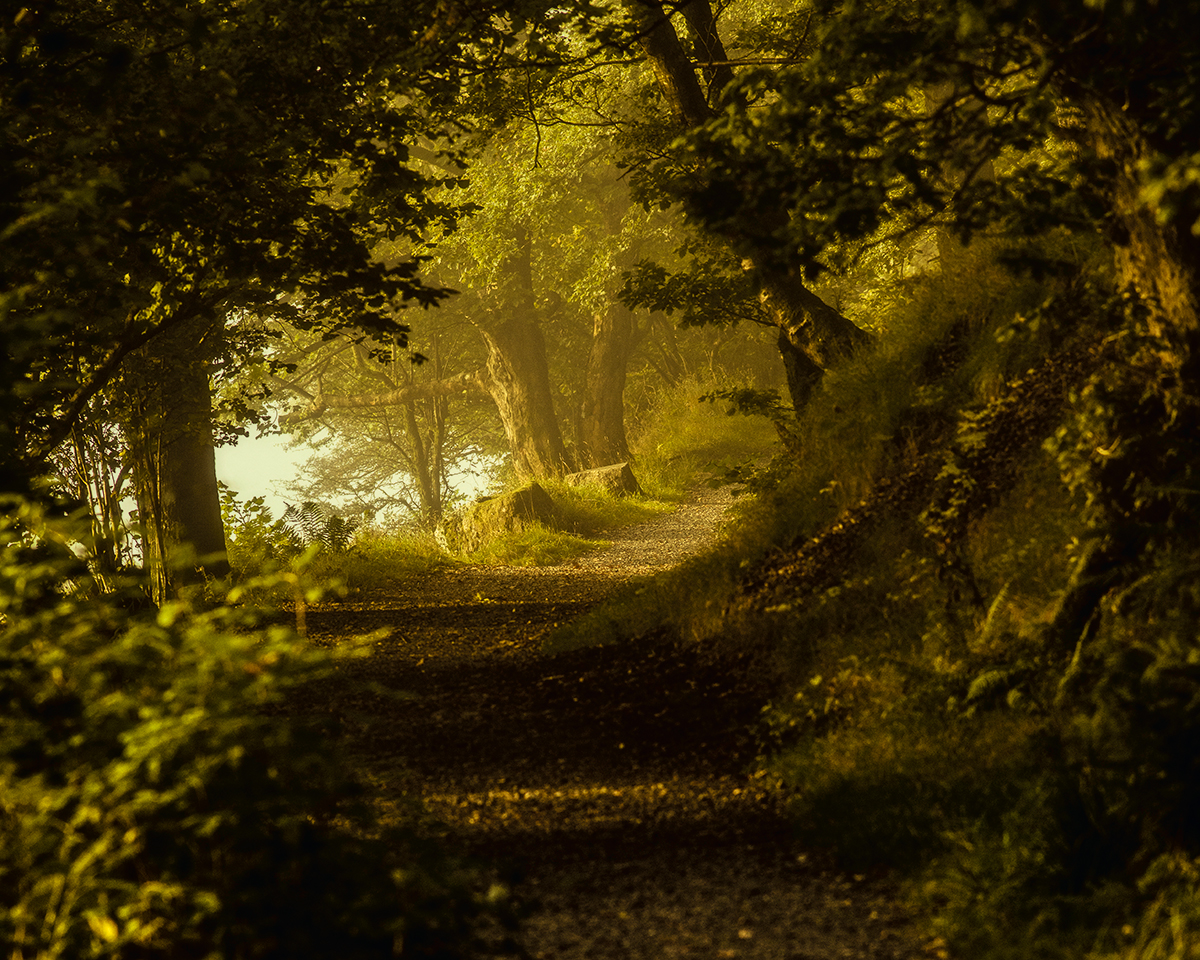 Architecture is a very very VERY hard degree! It is time-consuming and it is financially expensive making models, printing plans, making installations, and such like. It is technically a very hard course, you need knowledge of art, spatial awareness, materials, building construction, and the ability to take ‘constructive criticism’ extremely well.

After I had studied Architecture for two years I realized, this wasn’t really the profession for me, I was lying to myself and had done the course purely for ‘money’ and my romanticism, so that when I die a building I created would still be standing (keep in mind I did study the art foundation before Architecture! ).

For years and years after graduating in May 2008 I used to dwell on ‘what if’ and ‘i failed because I didn’t become an architect’ and ‘i put so much effort in and for what?’, I had so many negative thoughts about myself after this degree that my self-esteem was at an all-time low.

Now, 7 years later I realise that there being no work as a part 1 Architect was quite a blessing in disguise and I had also learned a lot of skills from the degree plus now, I do what I love ( web, graphics, art and starting to help others through this website ) but back then I couldn’t see the light through the trees, I had started my journey into severe depression.

Rule 1 is that it is important to realise ‘failures’ can lead you to the right path in case you are on the wrong one, take positives from the experience and realise it has taught you valuable lessons even if it takes time for you to realise. 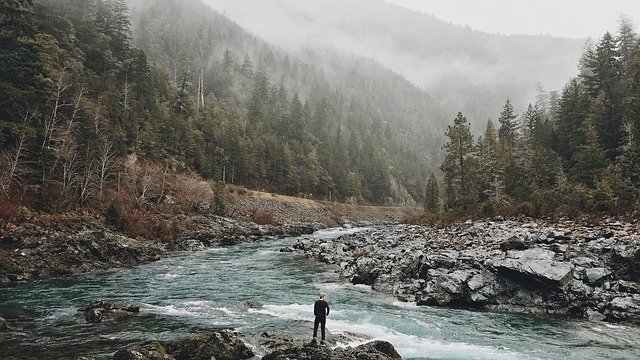 What we deem to be failure hurts and it hurts BAD!

I have experienced major fails not only once but twice…three times…four times! After I did Architecture and there was no work I decided to try my hand at teaching IT ( always had a passion for computers since a child ). I’ve got to be honest, I never saw myself working as a teacher, I’m pretty much an anti-establishment type of guy and standing in front of 30 kids 5 times a day, that want my knowledge, that was pretty daunting but not one to shy away from a challenge ( and also few other options ) I gave it a go.

During my teaching practice, I was sent to a school that was shutting down as my university mentors struggled to find appropriate places. In this place, I met some cruel teachers that belittled students, lied to them, and had some major issues towards men, and this my avid reader…is where I experienced my first real breakdown…

Working within this IT department made me feel like I had just entered the gates of hell!

Never have I experienced so much mind games and lies. These women I was working with were bitter and twisted and tried to make my life very difficult, a few were making me lie to the children, making me do 3 times as much work as my fellow university students and not helping me with questions I had as well as informing my university teacher that I wasn’t teaching very well and eventually making me feel like I was worthless.

I have to admit, at the time I struggled big-time with how they were treating me, these three teachers all ganging up on me and feeling as though they were in total control of my professional destiny and so I was powerless to react to their treatment (or felt so). To make it worse the pupils enjoyed my lessons and I never needed to shout or discipline even the ‘naughtiest’ of pupils, I enjoyed helping pupils learn but…

This experience put me off teaching for life and again, I felt like I had failed another profession because of this.

Looking back, though, it taught me about the reality that people can be very cruel and you must learn to toughen up and not let those nasty people win by putting you down, you must always get up, keep fighting and do things they say you can’t and that is exactly what I did.

Rule 2 of failure is that even when someone tells you have failed to deny them by showing them you are picking yourself up and getting on. Nothing is a failure as long as you don’t give up!

Rule 3 : Failure can give you more skills

At this point, after feeling as though I had ‘failed’ to enter two professions I thought the man upstairs had it in for me, why so much bad luck??! Did I do something really bad in my last life?

I definitely felt like all my options and choices in life had gone. I applied for small jobs working in supermarkets but got no response, now I was overqualified with two degrees, probably more educated than the store managers and I couldn’t get a job stacking shelves!

I realised at that point I was unlikely to be given a job doing a small job so I started to advance skills I had learned during teaching…coding websites ( from IT Teaching degree )and improving my graphic skills using photoshop ( from Architecture degree ) and guess what !? This led me to get a job and a job that I enjoy doing!

Rule 3 of failure is that good thing can stem from the failures of the past.

Rule 4 : Failure can make you more of a risk-taker 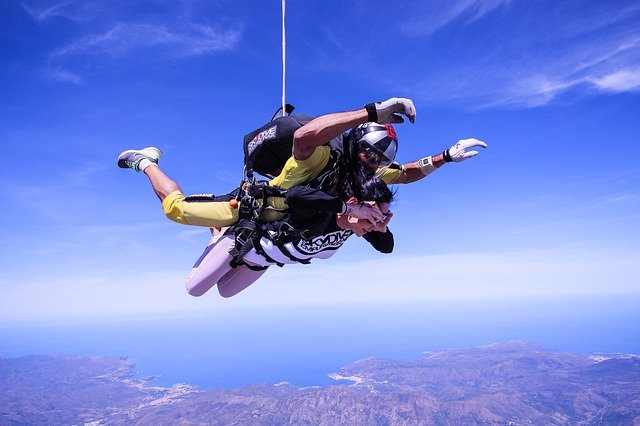 This job I got after experiencing so much failure wasn’t in my hometown…it was 200 miles south! When I applied for this job I was on 40mg of citalopram ( I had been in my full-blown breakdown, including severe social anxiety, for nearly a year ) but I was driven, I knew a job was a big part of my recovery from depression and I had to get a job WHEREVER in the world it was.

I had had enough of constant failure and so it drove me on to find a place where my skills and experience would be appreciated.

For the first 4 months every weekend I would get the coach/train up and down to my hometown 200 miles each way until eventually, I met a girl who I settled down with and now happily married.

Rule 5 : Failure can give you more drive and determination 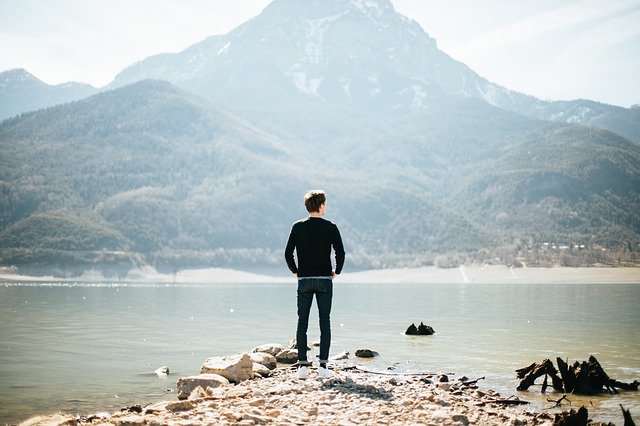 Before I moved to my new job, my ex-fiance ( a girl I had been with for 7 years ) left me during my mental breakdown…the day after Christmas day.

You may think that this must have been a major fail, I was due to get married to the girl BUT…

the truth be known, I think we were both unhappy in that relationship for years and I always remember her saying in an angry voice ‘you’ll never leave your hometown! You want to be close to your family, you’ll never leave!‘ and you know what, once she left me I was driven to prove her wrong!

My past ‘failed’ relationship drove me on, once she had left me I felt a new energy and I decided to teach myself what I needed to know to create websites and graphics whilst at the same time I began learning the basics of Spanish through Babbel (in case I decided to move to another part of the world ) and I used my knowledge from the past degrees.

I was a new determined man and I WAS going to change my life fortunes around.

Rule 5 of failure is that it can drive you to be more determined and driven in life. 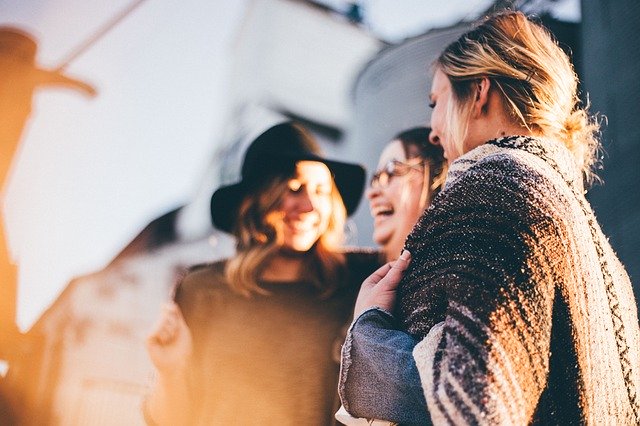 Failing at things can sometimes help you meet the right people for you.

If I hadn’t failed I would never have moved away and met my current wife who has helped transform my life and the way I view the world, helped reduce my social anxiety, and shared many happy memories with me.

I also would never have met my boss who I have to say has played a huge part in my recovery process.

After a while, once I felt it was okay to do so, I told my boss that I had had mental health problems and he was very supportive, he didn’t discriminate or act differently towards me and he has given me so much experience and knowledge working for him that I am eternally grateful.

I could have had any boss and some are very strict and not approachable but I had the fortune of meeting this man and if I hadn’t had my past life failures I would never have met both my boss and my wife.

Rule 6 of failure, you will eventually meet the right people for your life, the ones in your life when you ‘failed’ just helped you learn lessons you needed to learn

Rule 7 : Failure is never a failure as long as you keep trying

Failure is never a failure as long as you keep trying! We should all live by this, life can be challenging, it really can, but the harder the life challenges the more rewarding good things in your life can be and that is why it is important to keep trying!

Rule 7  of failure is if you keep trying eventually, something WILL come good and the feeling you will get will be ten times better than if you had got it easy.

Feeling like you have failed, whatever it is, an exam, a relationship, a business idea, lost money, whatever it is, is probably the most painful thing you have experienced because you don’t just experience it in that moment, you carry it around with you in your mind and your heart for a very long long time, for some it never totally goes away.

It can feel like a ball and chain around your ankle that keeps reminding you that it didn’t work out how you wanted but you can turn it around. That ball and chain can be turned into a football on a rope, all you need to do is begin to realise that failure is only failure if you choose to think it is, it really is a tool to learn about yourself and progress.

Failure is never a failure as long as you take from life experiences knowledge of how to do things differently, apply it to your life, and that you took a chance, experienced what you experienced, and now are a stronger person that can move forward in your life.

You are not a failure, you are still here! Keep trying and things WILL almost certainly improve!

Founder of Seek A Therapy