May 29th, 60 years ago, two men took on a very brave and challenging climb of the tallest Mountain in the world Mount Everest. Their names are Sir Edmund Hillary & Tenzing Norgay. Like them I had to find determination to climb my own mountain of adversity after graduation in 2008.

Backstory of the mountain

From 2004 I was fortunate enough to have studied architecture but had to resit one year due to outside influences affecting my way to work to the best of my ability..this meant I graduated at the foot of the recession.

At this time very few part 1 architect positions in the north west of the UK existed ( according to government stats a 3000% reduction in positions within the Architecture industry that year).

I then decided my only option was to retrain as a teacher but again had some bad luck when my university sent me to a school that was shutting down and experienced severe work place bullying from a couple of teachers leading to me feeling worthless and having a breakdown half way through the course.

That made completing the course very difficult as I couldn’t remove the experience from my mind and I no longer enjoyed being in the school environment but pushed myself to graduate. By the end of the course I was totally mentally drained with thoughts of suicide, depression and anxiety due to educational debt levels,lack of opportunity, confidence & a feeling of worthlessness .

As a way to motivate myself to complete the course I decided to set a goal of a trip to Snowdonia ( the highest mountain in Wales ) as it is a place I have always wanted to go to since being very young, often seeing the mountain in the car when on holiday with my family.

On graduation of my masters degree my ex-partner and I ventured to Llandudno a very beautiful seaside town in North Wales, within travel distance to Snowdon, to both celebrate my 28th birthday and achieving graduation from the difficult time I had pushed myself through. 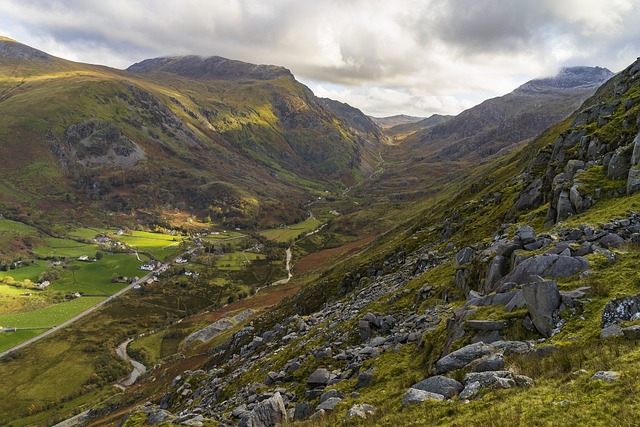 The day I arrived at the foot of the mountain I was really looking forward to going up, the sun was shining and it was a great feeling. I had completed the course regardless of feeling anxious & depressed and going up the mountain was the icing on the cake! I had done it! I’d been determined enough to complete something that someone had tried to put me off, I hadn’t given up in the face of adversity!

On this mountain resided a steam train from the Victorian era. It was built to take people up to the top of the mountain to enjoy the magnificent view and is a true feat of engineering considering it was created over 100 years ago. ( If you would like to know more please visit their website here )

As we heard the whoosh of the steam train pull up and the puff of smoke appearing around the corner of our que the anticipation of journeying up the mountain was great!

I was going to see the beauty of nature and also be “on top of the world” for the first time in over 4 years! The train pulled up and the green metallic doors opened. Inside wooden slotted benches sat opposite one another with leg room for hobbits..not exactly the comfortable journey of the orient experience shall we say!

As the train filled up with people and the doors shut the hoot of the steam train signalled and we were ready to go and the adventure began!

Our knees were touching the knees of strangers sitting directly opposite, the people sitting opposite were a family of 4 kind folk that mad the experience slightly more tolerable no matter how uncomfortable the carriage was.

As the journey began, we looked out the window of the carriage viewing the natural splendor surrounding us!

A waterfall was the first encounter we came across, apparently the place where the Lion Witch & the Wardrobe was filmed, a “magical” place it was! As we ventured further and further up, the beauty of the welsh mountains was astounding.

The sun beated down on the earth casting shadows of serenity, clouds forming silhouettes on the ground that oozed over the slopes of the hills like a piece of fine silk and hazy mountains appearing in the distance, it was truly breath taking until…

Why did we stop?

…the train came to an abrupt stop!

We looked at one another in dismay, this didn’t seem good! We were half way up and the further we went up the more beautiful the views were becoming.

After half an hour the engineer of the train jumped out of the train and onto the track..he informed us the train didn’t have enough power to make the rest of the journey to the peak as it became much more steep from that point on and the train was malfunctioning.

We were all very disappointed and I couldn’t believe it…

it was meant to be symbolic of overcoming such a difficult time in my life.

Brought back down to earth

We were brought back down to the base of the mountain, everyone feeling disappointed and some a little angry to say the least!

We were allowed to get refunds but some clearly wanted to make their anger known and wanted more than that but they didn’t get any benefit for being so ogre like just a very red face and a high blood pressure.

My partner at the time was very upset, she knew how much it meant to me and plus it was a birthday present, she explained to the customer service rep and then she started to weep…the assistant could see just how much it meant.

One last chance to overcome the mountain

With the assistant realising it meant the world to us to reach the peak there was one last train to take the journey that day and the assistant asked the driver if we could go up. There were no more seats in the carriage…so the driver let us sit in the front with him! Wow, we couldn’t believe it! What a view! It was quite overwhelming the generosity of the welsh people to do this for us..

It was quite unbelievable actually! I was incredibly lucky that day. Out of 50 passengers, my partner and I got special treatment! When we returned up the mountain the sun was beginning to set and the haze was setting over the land..it became even more wondrous to view than before the problem occurred!

To think, when I broke down on my teaching degree it was half way and got another shot to complete the degree after my work place bullying experience..

Reaching the top of the mountain 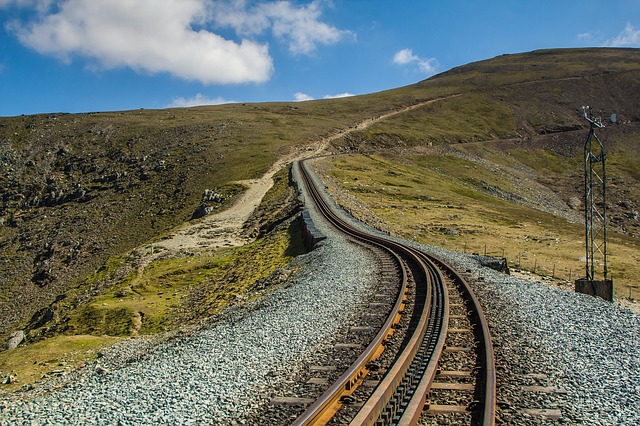 Once I got off the train i reached the modern sleek shop, a very different experience to the Victorian carriage that was cramped and uncomfortable, this was large, sleek and beautiful. Through the back of the shop was a set of steps surrounded by slate walls. Looking down I could see so many lakes and mountains for miles.

It was truly stunning and even more powerful due to how I had arrived there.

Sometimes in life we are given severe, upsetting & difficult challenges that really test us to our very limits of mental and emotional well being.

How we react to these circumstances is what makes the difference.

I think there are three key life messages that I gained from the journey of the mountain : –

If you are struggling and trying to avoid something because it makes you feel bad or anxious try your utmost not to avoid it. Enjoy your journey of life because you never know when your train might stop and you’ll be on your way to a different journey…

BE KIND. BE UNDERSTANDING. NEVER GIVE UP & COMPLETE YOUR DIFFICULT PATH.