Man up… Strengthen Your Mind By Seeking Therapy Now!

Man up! Words often heard when people are in emotional and/or mental turmoil after experiencing an untoward event? It is well-known, men, in particular, are told to hide their emotions and ‘be strong’ thus the man up comment people use. But maybe this is why we are seeing a rise in horrendous stats of what kills men under 45. It is shockingly suicide. In fact, according to  the independent newspaper on male suicide rates “…of the 6,000+ British lives lost to suicide each year, nearly 75 percent of those are male…” This is a shocking stat, that just in Britain alone there are far too many people suffering in silence. The stigma surrounding seeking professional help and advice MUST end. Therapy for mental health must be seen as similar to attending a physical gym. Strengthen your mind by seeking therapy.

In this article, John the founder of Seek A Therapy discusses what it should really mean when someone tells you to ‘man up’.

Why Depression Can Get So Severe 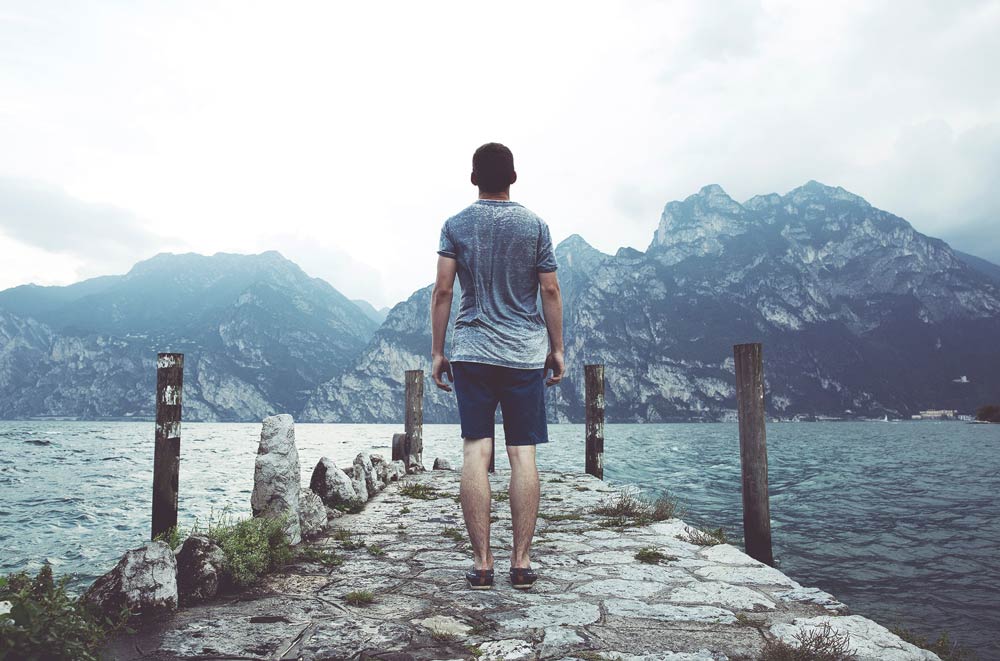 For a long time, mental illness and struggling with emotional anguish, particularly as men, has had to be an internal battle of darkness. There has been a dark cloud over those struggling for fears of ridicule. Being judged or seen as less of a man.

As men, we tend to have a notion that if we ask for help or express emotions we are somehow weaker. We become less of a man or feel shame and so, we end up sitting in silence for long periods. We allow the darkness to grip itself around our shoulders and slowly crush us and our dreams. Trapped emotions cause real pain in our chest, a reminder that every day, we are struggling. Silently outwardly but so very loud inwardly.

Unaware to most of those who care about us it begins to lower our self-esteem. As the pain takes hold, we no longer enjoy life. Our energy lowers enough so we can’t do anything about it.

The darkness of silently suffering can get so heavy when it is internalized that it becomes quite unbearable. The level of internalized emotional heaviness is so high that we can’t deal with it anymore. We feel we are left with one drastic choice, what other options do we have?

Asking for help, or even knowing where to look for help isn’t common practice yet. Or who can help is not a viable or realistic option when you are suffering.

Why Manning Up Doesn’t Mean Being Silent

Many men ( and people in general ) don’t realize asking for help or speaking to someone IS THE STRONGEST action to take. You are suffering deeply with painful emotional or depressive feelings that you have chosen to confront.

Why You Will Strengthen Your Mind By Seeking Therapy Now

With mental health stigma, a real thing in many societies throughout the world to say ‘hey, I’m struggling, I could really do with a hand‘, is so so difficult. Even more so as a man, believe me, the day I myself accepted I was really struggling, asking for help, I felt really weak.

Not like the man I wanted to be and I always rejected the idea of help from anyone. It was only when I sought professional support and understanding things I ended up being the strongest I ever have been. I had fought my own ego and accepted, enough was enough. That step takes LOTS of courage.

Secondly, seeking help also says to the world ‘I don’t care what people think of me’.

How incredibly strong is that?!

Forget internalizing all your problems and emotions as the symbol of a strong man. Seeking help shows the strength that others don’t always have.

Thirdly, by seeking help you are not only eventually going to heal from your problems. You are also going to learn strategies and techniques to build great mental resilience. Exploring aspects of yourself. Releasing trapped emotions. Understanding the human psyche. Building new perspectives will all give you a strength within that will help you able to take on any future life challenges with greater ease.

The use of looking at past heroes whether modern or ancient can help describe ideologies and strategies.

Above is a clip from the movie 300. Men that train themselves from a young age to be the ‘strongest possible warriors’. Strength training is not just physical, strength training is also mental. It is well known that Roman soldiers used to train themselves till exhaustion. Often mentally as well as physically draining. Likewise, the greek Spartans trained themselves to the point of mental exhaustion. Even Marcus Aurelius, one of the greatest roman emperors was known to take cold baths to build mental resilience. A strategy that he discovered from Greek Stoicism, find the book in our shop ‘how to think like a Roman emperor’.

The 300 soldiers of this period of history are stereotypical of the man all men dream of becoming. Brave, strong, skilled experts in their fields that have no fear. The only way to become mentally spartan like is to strengthen your mind by seeking therapy.

Considering these characteristics, if one of these soldiers facing an incredibly difficult fight was to turn away they would lose. Instead, they realize that the only way to overcome their problem is to meet the fight head-on.

So when you meet a difficult emotion or severe depression, be more spartan, take the bravest choice of dealing with your problem directly and never run away. It may be a tough battle and at times it may be overbearing but eventually, you can win. With the help of others, you will win your personal fight and also, become a stronger, more resilient person.

It’s Time To Strengthen Your Mind By Seeking Therapy Now!